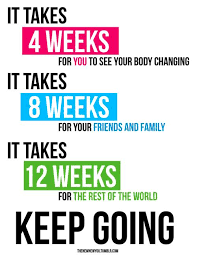 A new study has examined the results of a 12 week weight management program in young, obese, and otherwise healthy adults. The study looked at anthropometric and clinical characteristics, metabolic risk factors, and physical activity levels. It concluded that participants lost 3% to 5% of their body weight. It also showed that the program improved the participants’ health-related quality of life. The findings show that it’s possible to lose weight and improve physical activity without requiring surgery.

A new study looked at the effects of a behavioral weight management program on the anthropometric and clinical characteristics of young, overweight, but otherwise healthy adults. Participants in this intervention lost an average of 2.7 kg, or 3.3% of their body weight, and their BMI, waist and hip circumferences, and fat mass decreased. These findings were consistent with previous studies, but the study found that moderate weight loss was associated with favorable effects on metabolic risk factors.

Dietary intakes were monitored using 3-day dietary records to calculate energy, nutrient, and cholesterol intakes. Overall, obese participants decreased their energy, fat, and sodium intakes while the controls had no change in their body composition. The obese group also tended to increase their intake of vitamin C. Although the effects of the intervention on weight were modest, the 12-week program reduced dietary cholesterol levels in both obese and normal-weight participants.

Effects on anthropometric and clinical characteristics

This study examined the effects of a 12-week weight management program on the anthropometric and clinical characteristics of obese participants. This study analyzed the effects of a 12-week program on the BMI z score and BMI sex index in young obese adults. Moreover, participants who had previously been obese and wanted to reduce their BMI achieved significant improvements in their anthropometric and clinical characteristics.

In this study, participants from the control group did not need to report their anthropometric measurements at weekly intervals. They were only asked to provide WHR measurements at baseline and the eight-week follow-up. In addition, the study examined participants’ dietary intake, physical activity, and health behavior. However, no other anthropometric measures showed significant changes over time. While there were fewer improvements in the participants’ WHR, the intervention group reported a significant reduction in single item burnout.

The effects of a 12-week weight management program on TG, HDL-C, and WHR were studied in a large cohort of men and women. The intervention significantly reduced all of the metabolic risk factors. This intervention was cost-effective, resulting in a PS3804 per QALY saved compared to brief interventions. While a 52-week program may not be as effective as a 12 week one, it is still significantly cheaper than a 12-week intervention.

In the study, participants were categorized according to their level of physical activity. Physical activity levels were measured on a seven-day recall at six and 12-month intervals. The researchers analyzed these data to determine if the 12-week weight management program had a positive impact on physical activity. The findings were presented as means and standard deviations. The main outcome of the exercise intervention was the change in physical activity levels from baseline to ten months after the study began. Pearson correlation coefficients were used to assess the relationship between exercise sessions completed early, mid-day, and late during the day. Finally, analysis of covariance was used to test differences in average change over the intervention period between the four groups.

In this study, 201 overweight or obese young adults were randomized to a 12-week exercise program involving resistance and combined exercise. The exercise sessions were completed five days a week at moderate intensity. In addition, the participants were also given a non-exercise control group to compare their physical activity levels. Among the exercisers, the group was further classified according to when they completed the exercises. The early-ex and late-ex group completed 50% of their exercise sessions between seven and eleven-twelfth hours. Similarly, the late-extended and sporadic groups completed half of the sessions at any time. The CON group completed the remaining 50% of sessions at any time. Participants also wore accelerometers to measure their physical activity.